The Piece Hall, Halifax, is a Grade 1 listed building originally built as a cloth hall for handloom wearers to sell ‘pieces’ of their work from. Dating back to 1779, the building is made up of over 300 room arranged around a central outdoor courtyard.

The original concept for The Piece Hall was to bring merchants and buyers together to create a more competitive and efficient market while discouraging fraudsters. Talbot Cross. Halifax, was chosen as the location on which to build the hall.

Mystery remains as the architect has never been discovered and there is a significant lack of documentation concerning the design and construction. Over the years, it has been thought that Thomas Bradley is most likely to be the architect although names such as Samuel and John Hope as well as John Carr have also been considered.

The 3-storey building is a large quadrangular building made of freestone spanning across 10,000 spare yards. At the front, 2 interior colonnades can be seen leading to arched rooms where the clothing and textiles were sold from.

During the industrial revolution, a move from small producers and traders towards larger mills was made, taking business aware from traders and producers at The Piece Hall. Consequently, The Piece Hall repurposed into a wholesale market in order to accommodate this cultural shift, combining multiple rooms to make larger shop units.

Later in the 20th century, the wholesale market died its day and The Piece Hall was turned into a tourist attraction. This brought about the demolition of the 19th century shed and the re-landscaping of the courtyards as well as the removal of some walls in the original rooms to create shops and a new museum-art gallery.

After a multi-million-pound redevelopments and restoration project, the hall opened in August 2017. Across the 66,000 spare foot plot of land are a variety of bars, restaurants, shops and cafes as well as an art gallery and heritage centre providing education about the history of the site.

Made from Elland Flags sandstone with dressed quoins and window surrounds, the building was originally designed for textile merchant John Royd and was originally named Royd’s House. The Georgian mansion once had extensive grounds stretching far to the south. The east wing matches the west wing but due to redevelopment they are not symmetrical anymore.

The 17-bay house and warehouse were used as a bank by the Rawson family in the 1800s and later the Huddersfield and Halifax Union Banking Company. At one point, the upstairs was also used as a post office too. The front of the house comprises of a central 2 storey section with a five-bay arcaded loggia of Doric columns, three first-floor bays with nine over six pane sash windows and a modillion cornice with a balustraded parapet incorporating a central festooned panel outdone by a vase. The interior of the house has been massively altered over the years due to its multiple uses needed different facilities.

In the later 19th century, the bank was curtailed and at that point it became Somerset House after being bought by Mr J H Finlison.

Since 2005, Somerset House has been undergoing major restoration including the removal of the 1902 shops to highlight the Rawson Street front, opening up the fully glazed infilled colonnade arches. The interior of the property has also seen recent developments like the addition of a staircase in the north-east corner to access the first floor. 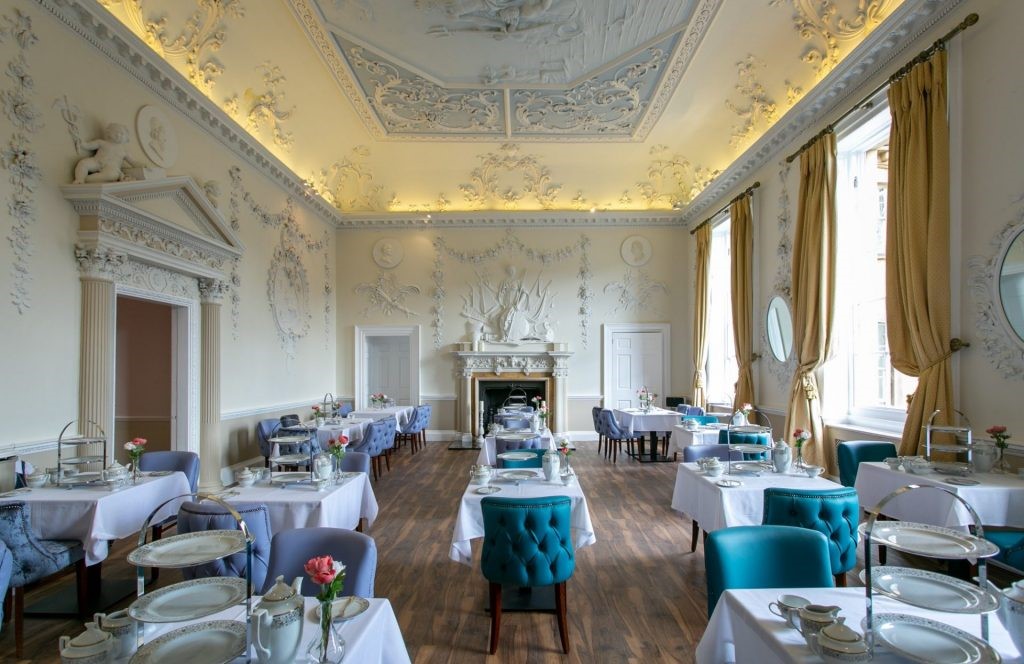 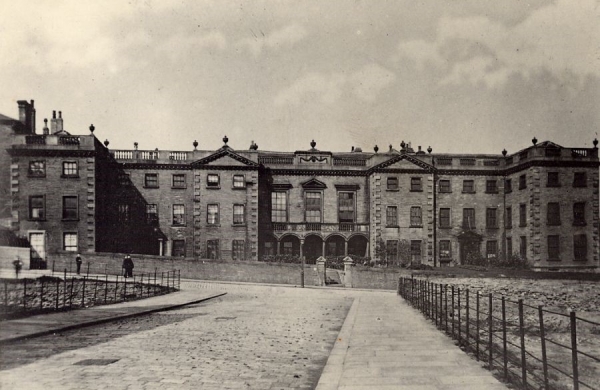