The neo-classical style villa is Ilkley, West Yorkshire, was designed by architect Edwin Lutyens in 1906.

Lutyens was commissioned by wool merchant, John Thomas Hemmingway to replace his existing villa. Lutyens was giving full control of design with no restrictions. The new villa was designed to dominate neighbouring villas, mixing classical architecture with neo-Georgian designs. Lutyens designs were criticised by some that their style was more suited to that of public buildings not for a dwelling.

The property was built from local ashlar: yellow Guisley Stone decorated with grey stone from Morely with rustication on the ground floor and on the tall chimneys. Around a north-south axis, the main features of both the house and the garden are symmetrical influenced by 17th century French architect Francois Mansart. The house is comprised of a 3-storey building, set between 2 flanking 2 storey pavilions each with an additional single storey outer wing.

This grade 1 listed property also has gardens including pools, parterres, retaining walls and a central lawn all designed by Lutyens.

The buried remains of a Roman military bath house build in the 80s AD were excavated in Castleford, West Yorkshire in 1978 and later reburied.

The site at Castleford, originally in 90AD had a Roman fort built on it, designed to the typical ‘playing-card’ layout with the addition of a defensible annex on its northern side. The site was built to accommodate visiting military units and to store supplies.

The 23m x 13m bath house was located on the western side of the fort and used by the soldiers for both personal cleanliness as well as a recreational facility where soldiers would relax, socialise and receive personal grooming.

Built of dressed limestone bonded with mortar, the bath house had 6 rooms – the apodyterium (the changing room), the frigidarium (the cold room), the tepidarium (the hot room), the caldarium (the steam room) and the praefurnium (the furnace).

The discovery of the bath house showed that after the fort was abandoned, the facility was used by the civil population of Castleford. Items like gaming dice, bone counters, epilation forceps and coins of various emperors including Nero, Vespasian, Trajan and Constantine were found.

Due to the quality of the archaeological survival, a decision was made that the upstanding features and floors should not be removed and that the site was to be reburied. 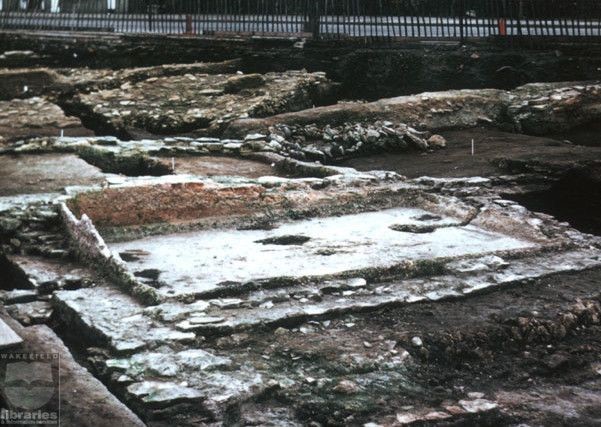 Set on an estate owned by David and Diane Lascelles, the Earl and Countess of Harewood, the Georgian stately home resides 7 miles from Harrogate, 6 miles from Wetherby and only 9 miles from the thriving city of Leeds.

Designed by architects John Carr and Robert Adam, the country house was built between 1759 and 1771 for the 1st Baron Harewood, Edwin Lascelles, a wealthy West Indian plantation and Slave-Owner. The Grade 1 listed building sits on 1000 acres of land in the West Yorkshire countryside.

The exterior was built using locally quarried millstone grit dressed ashlar and has a Westmorland green-slate roof. The entrance is through a massive pediment supported on 6 Corinthian columns, the grandeur a testament to the success of the Lascelles family. The architecture incorporates classical elegance, beauty and symmetry to create a mesmerizing English country house.

The property has a 17-bay symmetrical façade with venetian windows, finial-like chimneys and Corinthian pilasters. The interior of the property features Roman Doric demi-columns, niches and stucco panels with all rooms being decorated in a neo-classical manner.#

The original architecture of the building remained largely untouched until the 1840s when the 3rd Earl of Harewood commissioned Sir Charles Barry to add a second story to the flanking wings to provide extra accommodation for his 13 children.

The property is surrounded by a sweeping landscape greenery and an open vista of parkland with trees and paths to highlight specific views. The house also features a large lake, a beautiful water fountain that spouts over the dam with a walk leading to a traditional English Rose Garden. There you will find a walled garden where the vegetables have been grown for the inhabitants of Harewood House for over 200 years. 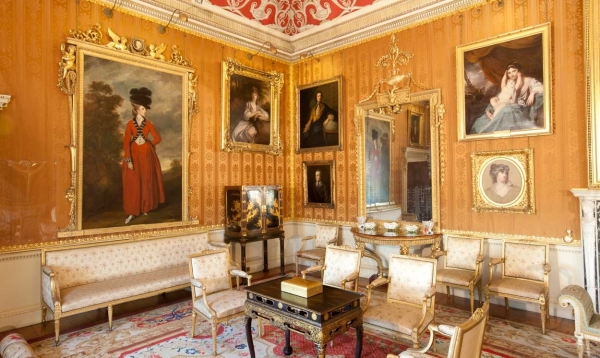 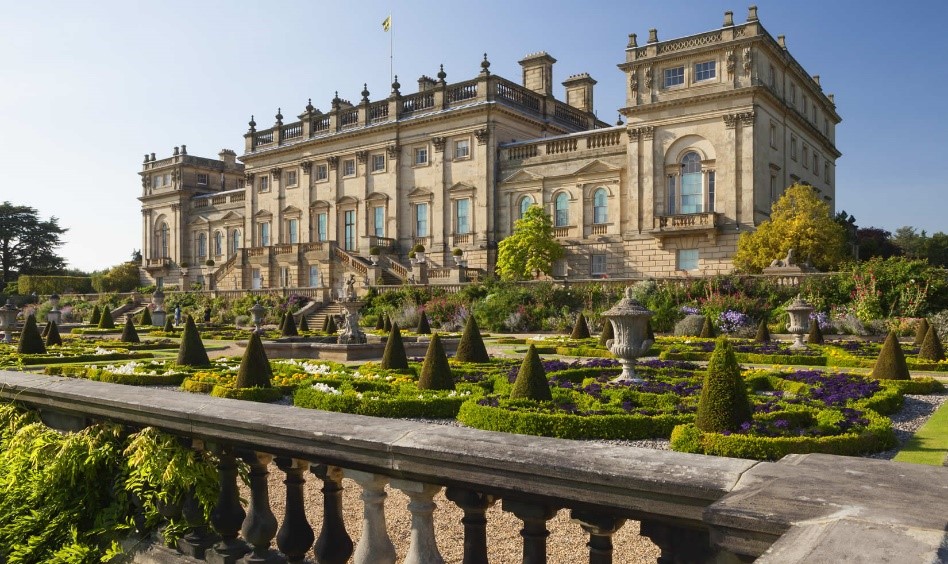