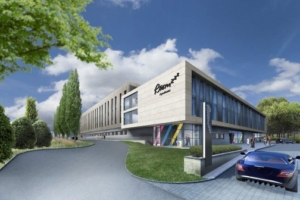 UK: Roomzzz has received planning consent for a 98 room aparthotel in Harrogate, a year after councillors rejected the proposal.

The £10 million four-storey building at the Yorkshire show ground is scheduled to open in early 2020.

The project has been given the go ahead, after a government inspector overturned Harrogate Council’s refusal to grant it planning permission. The Yorkshire Agricultural Society, which hosts commercial events at the show ground, as well as the annual Great Yorkshire Show, supports the development, which, it said, would take its facilities “to the next level”.

The council’s refusal notice said the hotel would have an “over-dominant effect” on its surroundings and “would be harmful to the character and spatial quality of the area, by reason of its scale, siting and design”.

But the planning inspector, Kay Sheffield, said that “given the distance the hotel would be set back from the road and the scale of its neighbours, it is not considered that it would be uncharacteristic of its surroundings”.

Nigel Pulling, chief executive of the agricultural society, said: “Roomzzz is the ideal hotel partner for us. The accommodation is ideal not just for visitors and tourists but also for the many exhibitors here. The addition of 98 rooms for overnight accommodation will take us up to the next level.”

Roomzzz chief executive, Naveen Ahmed, said: “The typical Roomzzz guests are professionals and international guests who are looking for a longer term stay than a hotel can usually offer. We are confident that the Roomzzz aparthotel will be of huge benefit to tourism and the economy. The company was founded in Yorkshire, so we know Harrogate well and believe it is the ideal location to expand the Roomzzz brand.”